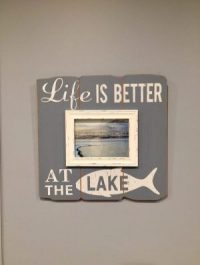 The last time I wrote about beginning my journey toward tiny living, my plan was to renovate a 430 sq. ft. boat house into a tiny home. I started down the path to obtain a permit from the town with excitement and anticipation. I had ten months to work with, and a builder lined up. My excitement didn’t last long, however, as the process from research to permit took eight months and $5000 (for septic studies, a building design, and permit fees). By the time I received approval, I only had two months to work with, and my builder had moved on to other projects. I was forced to step back and reassess; how could I pursue tiny living in a two-month time frame? Although not ideal, I decided to renovate the basement in the main house instead. On the positive side, I could complete a renovation without having to take a loan, as I would have had to do with the separate tiny house, and I believed the project could be completed within the time frame I had (I would later discover that both of those assumptions were incorrect, but I went into the project optimistic). The woman who originally built this home in 1968 finished the basement as an apartment in 1974, but it was never used. The basement bathroom was renovated in the 1990s. I had already created a new entryway in the basement, changing out an old bilco door and adding a dog door and fenced area for my two dogs. By creating that new means of egress, I could now have a bedroom in that space that was up to code. I also needed the septic studies that I had done in order to move forward with the basement renovation, which did make me feel better about the money I had previously spent pursuing the tiny home idea.

The basement already had a sump pump, but it could still get quite damp since the space is entirely below ground. During the renovation, I chose to install an air exchanger in order to ensure that the space would have fresh air flowing in from outside.

I also replaced the old single pane peekaboo windows with insulated windows that can now be opened to increase the flow of fresh air into the space. Since these windows don’t have to be covered up with insulation, they also allow natural light into the room. And finally, I invested in a whole house dehumidifier so that I won’t need to worry about humidity and condensation building up in the space. This is the first time in my life that I have ever designed a space by myself for myself—and even though I was facing a time crunch, I was determined to make the choices that were right for me in order to create my own tiny living space. I’m pleased with the result, and down the line I know I can always rent out this space for supplemental income. My dream would be to offer writing retreats for women writers who need a space and place in which to tap into their creativity. But for now, I am enjoying living in my tiny space by the lake.